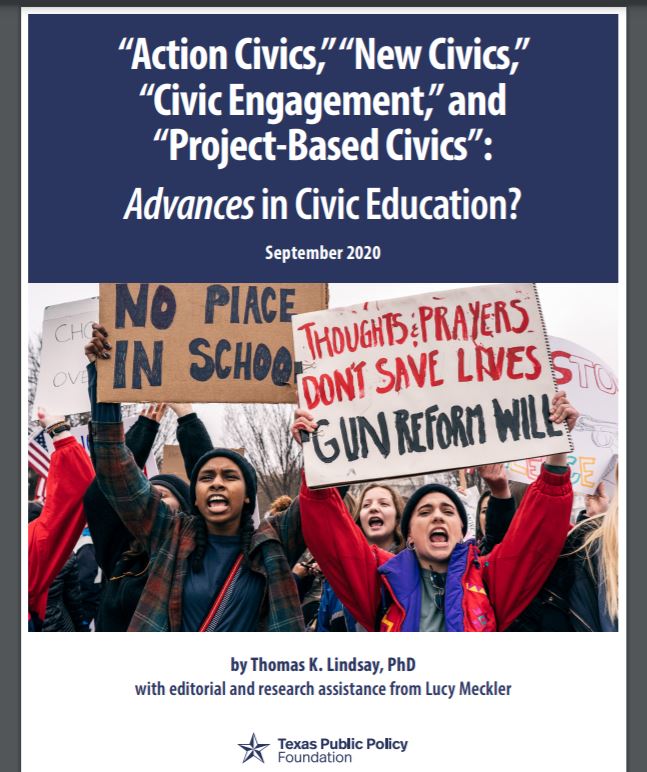 A Stealth Plan to Radicalize Students:

More details are coming out about proposed federal legislation that seeks to bring “Action Civics” to a school near you. If these bills pass, the next generations of students will be lost to “woke” politics and leftist activism. In fact, our children and grandchildren will receive course credit for taking to the streets.

The “Civics Learning Act 2021” is a federal bill that was introduced by Congressman Alcee Hastings (FL-D) before he died in April. It provides for $30 million in grant funds for grassroots activism involving “innovative and evidence based” civics learning and teaching programs. These programs will include hands on civic engagement activities (lobbying and protesting), online and video game based learning, service learning (in partnership with radical activist organizations), and participation in student governance. While most civics courses begin in middle and high school, the Civics Learning Act will introduce political activism to elementary school students.

The “Civics Secures Democracy Act” is more dangerous because it weaves the divisive Critical Race Theory and Action Civics into all course syllabi. The ultimate goal is to create a national civics curriculum, complete with state standards by which schools will be judged. Particularly troubling is that the National Assessment of Educational Progress (NAEP), which provides annual score cards for how America’s students are learning in various subject areas, is in line to help establish the standards and tie all student assessments to those standards. Students will have no choice but to get on board with the new community organizing goals of their civics classes.

For discussion of these concerns and more info about the issue, go to this article about Common Core CIVICS !!

WHAT YOU CAN DO: The importance of defeating this civics takeover cannot be overstated. Even though Action Civics and Critical Race Theory are already making their way into school curricula, schools still have a choice. The pending federal bills must be defeated, however, because their passage will lead our students to be taught to resist American ideals for the bulk of their educational lives. We cannot let this happen.